The Beton 2008 International Ready Mixed Concrete Congress was held in İstanbul between 19-21 June 2008. 65 papers were presented at the Congress in the proceedings of which more than 500 people participated. The papers were grouped under the following topics: Constituents and Design of Concrete, Concrete Applications in Construction, Special Concretes, Production and Application Technology, Architectural Concrete, Regulations and Quality Management Systems, Sustainability and Life Cycle in Concrete, Marketing and Sectoral Problems, Aggregates and Concrete Pavements.

The Congress that gathered together the members of ready mixed concrete, construction and aggregate sectors from Turkey and abroad took off with opening speeches on 19 June 2008. In his speech, Paksoy stated that Turkish Ready Mixed Concrete Association celebrating the 20th anniversary of its foundation has been the symbol of quality in Turkey for twenty years. He said, “During the founding years of Turkish Ready Mixed Concrete Association 30 facilities producing 1.5 million cubic meters annually supplied about 5 % of concrete production in Turkey. Whereas now, over 800 facilities producing 74 million cubic meters account for 95 % of concrete production and and our country's ready mixed concrete production occupies the third place in Europe. Strength classes of ready mixed concrete have increased considerably.”

The congress lasting three days ended on 21 June 2008. Prof. Dr. Hulusi Özkul who gave the closing speech and evaluated the Congress, said that the organization was very successful and thanked all those who contributed in the organization, members of the Board of Science, Session Chairmen and those who presented papers at the congress.

The Fair was inaugurated on 19 June 2008 with the participation of Tanıl Küçük, the President of the İstanbul Chamber of Industry (İSO). 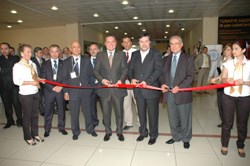 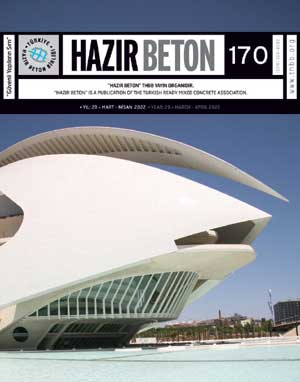