ERMCO was established in Munich, West Germany on 27 October 1967.

At the invitation of the German Ready-mixed Concrete Association, over a hundred delegates from twelve European countries met to discuss the development of ready-mixed concrete in Europe. During the meeting, a small committee, comprising representatives from each of the participating countries, discussed future co operation. It was agreed that a special bureau should be set up for the exchange of information of interest to the ready-mixed concrete organisations in Europe and also that there should be regular meetings of those organisations. The European Ready-mixed Concrete Organization was then formed, with the German Association providing the first officers. The ERMCO headquarters was then based in Germany, before transferring to England, and since 2003 to Brussels.

In 1967, only about 10% of total cement production was used in ready-mixed concrete, and perhaps as little as 2% in some countries. Today the European ready-mixed concrete industry is made up of large multi-national organisations and more than 6.000 SMEs. It consumes up to the 65% of the total cement production to produce more than 350 millions cubic meters each year – it is thus an essential part of the construction industry.

ERMCO has expanded from its initial twelve members to twenty-five today, the most recent being the Indian Ready-Mixed Concrete Association. Every year ERMCO holds its general assembly and every three years its International Congress hosted by one of its members associations. The last congress was on June 2018 in Oslo. 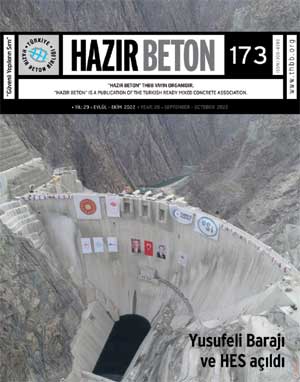