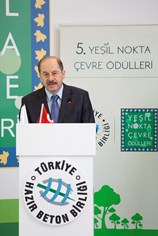 Turkish Ready Mixed Concrete Association aims at creating a sector with high environmental awareness through its “Green Point Environment Awards” it has organized since 1998.

The “Green Point Environment Awards” organized by Turkish Ready Mixed Concrete Association in order to ensure that its member companies conduct their productions in an environmentally compliant manner were announced in a ceremony held on 10 March 2015. Total 10 THBB-member facilities considered to have fulfilled the criteria as a result of their inspection by independent teams have been deemed worthy of the award.

Their awards were given to the member facilities that have passed the contest criteria successfully in a ceremony attended by Muhammet Ecel, General Manager of Environmental Management Directorate of the Ministry of Environment and Urban Development; Yaşar Güvenç, Istanbul Provincial Director of Environment and Urban Development; and Yavuz Işık, Chairman of the Board of Directors of Turkish Ready Mixed Concrete Association as well as notable representatives of the sector. 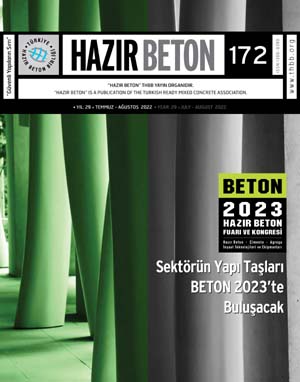