Section 1. The purpose of this Chapter is to further the chartered objectives for which the American Concrete Institute was organized; to further education and technical practice, scientific investigation, and research by organizing the efforts of its members for a non-profit, public service in gathering, correlating, and disseminating information for the improvement of the design, construction, manufacture, use, and maintenance of concrete products and structures. This Chapter is accordingly organized and shall be operated exclusively for educational and scientific purposes. In conducting the aforementioned affairs of this Chapter, the Chapter shall pay due attention to all trade regulations and shall not in any manner violate Turkish Republic trade regulations.

Affiliate Chapter Members are not members in any classification in the American Concrete Institute and shall be members of the Chapter only.

Section 3. Only those members of the Chapter whose permanent address of record at Institute Headquarters is in the Republic of Turkey or who have specifically requested this Chapter for their official affiliation, will be permitted to vote or hold office in the Chapter. An ACI member can belong to any number of Chapters but can specify only one official Chapter for voting and holding office, and need only specify it if his official affiliation is other than the Chapter in his residence area.

Affiliate Chapter Members may actively participate in local Chapter affairs except that they may not hold office within the Chapter, nor vote on propositions before the international membership.

Junior Members and Student Members shall neither vote nor hold office in the Chapter.

Section 4. Applications for and resignations from membership and requests for change of representatives of Contributing or Organizational Members shall be presented in writing to the Secretary/Treasurer.

Section 2. The President, Vice-President, most recent available Past President, and Directors shall constitute the Board of Directors of the Chapter.

The complete list of nominations shall be submitted at least 15 days before each annual meeting to the chapter membership for letter ballot to be canvassed at the annual meeting and the result announced. The candidate for any office receiving the most votes shall be declared elected. The three candidates receiving the most votes for membership on the Committee on Nominations shall be declared elected members of the committee. With these three, the most recent available Past President shall serve, making a total membership of four. The Past President member shall be chairman of the committee.

Should any member of the Committee on Nominations thus chosen fail, within 15 days of formal notice from the Secretary/Treasurer, agree to serve, a vacancy shall occur to be filled by the candidate receiving the next greatest number of votes and so on until the three elected places on the committee shall be filled.

Section 4. Terms of office shall be as follows: President, one year; Vice-President, one year; Directors, three years; with two Directors elected each year.. A year is here construed as the period between the reports of tellers on canvass of ballots for Chapter Board members at two successive annual meetings.

Section 5. A President, Vice-President, or Director, having served a full term after having been elected to that office, shall be ineligible for re-election to the same office until the lapse of at least one year.

Section 6. The term of each officer shall begin immediately on the announcement at the annual meeting by the tellers of the canvass of ballots by which he is elected and shall continue until a successor is elected.

Section 7. A vacancy in the office of President shall be filled by the Vice-President.

Section 8. Vacancy in any office shall be filled by appointment by the Board of Directors of the Chapter for the unexpired term, except as provided in Section 7.

Section 9. In the event of disability of any officer of the Chapter, or neglect in the performance of the duties of the office, the Board of Directors of the Chapter shall declare the office vacant, and appoint a replacement for the remaining term of office.

Section 13. The President shall perform the usual duties of the office. He shall preside at Chapter meetings and at the meetings of the Board of Directors of the Chapter and of the Executive Committee, and shall be ex officio member of all committees.

Section 14. The Secretary/Treasurer shall perform such duties, furnish such bond, and receive such remuneration as shall be determined by the Board of Directors of the Chapter.

Section 2. The Board of Directors of the Chapter shall meet at least twice each year at the time and place fixed by the Board or on call of the President.

Section 3. The Executive Committee shall meet on call of the President or of any three of its members.

Section 1. Dues shall be payable in advance on the first day of enrollment as a Chapter member and annually thereafter on January 1st.

Membership dues in the Chapter shall be set by the Chapter Board of Directors for all classes of membership.

Chapter dues shall not exceed one-half of the Institute dues for corresponding classifications of membership.

Chapter dues for Affiliate Chapter Members will not be less than those levied on ACI individual members who are members of the Chapter.

Dues payable for a portion of a calendar year may be prorated at the discretion of the Board of Directors.

Section 2. A member in any classification whose Chapter dues remain unpaid for a period of one year shall forfeit the privileges of membership and his name shall be stricken from the Chapter rolls.

Section 1. The Turkey Chapter shall indemnify any present or former director, officer, employee, agent, or “heirs and estates” who was or is a party to any threatened, pending or completed action, suit or proceeding against any expenses (including attorneys’ fees), judgments, fines and amounts reasonably incurred in good faith by such person in connection with such action, suit or proceeding to the full extent permitted by the Turkish Republic Nonprofit Corporation Act. Further, the Chapter may indemnify any person in the manner and to the full extent, and shall have such other rights and powers in connection therewith, as may be permitted to the Chapter under the law, including without limitation, the Turkish Republic Nonprofit Corporation Act.

Section 1. In case of dissolution of this Chapter, the Chapter Board of Directors shall authorize the payment of all debts of the Chapter, including accruals; and arrange for the distribution of remaining assets, if any, to the American Concrete Institute or to a nonprofit educational or scientific organization or organizations having similar aims and objectives.

Section 1. Proposed amendments to these By-Laws, signed by at least 5 Members, if presented in writing to the Board of Direction of the Chapter 60 days before the annual meeting, shall be mailed to the membership at least 15 days prior to the annual meeting. These amendments shall be presented at the annual meeting and may be discussed and amended and be passed to letter ballot by a two-thirds affirmative vote of eligible voters present and voting. A two-thirds majority of the votes cast by letter ballot canvassed within 60 days, but not less than 30 days, after mailing ballot forms shall be necessary for their adoption. Affiliate Chapter Members, Junior Members, and Student Members shall not be eligible to propose or vote on amendments to the Chapter By-Laws. Incorporation of adopted amendments into the Chapter By-Laws shall be contingent on approval by the Board of Direction of the Institute. 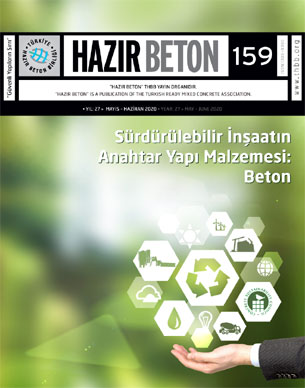